There is a new app that was developed by the makers of Dexteria that is specifically for the preschool set.  The activities are simple, and it has some fun, motivating parts to it.  The app is called Dexteria Jr, and is made by Binary Labs.  The folks at Dexteria got feedback that some parts of their app was too hard for kids to do, and that it wasn’t very motivating for younger kids.  This new app is going live today, 4/4/2013, and has some cool features to it. 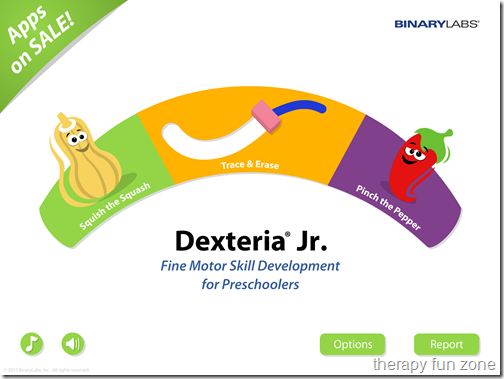 The app has three sections.  The first is a tapping activity called squish the squash that is very simple, basic, and entertaining for beginning visual perception and motor control.  It starts by you touching stationary squash, and they squish under your finger.  As the levels progress, the squash move, and there are more of them that you have to squish. 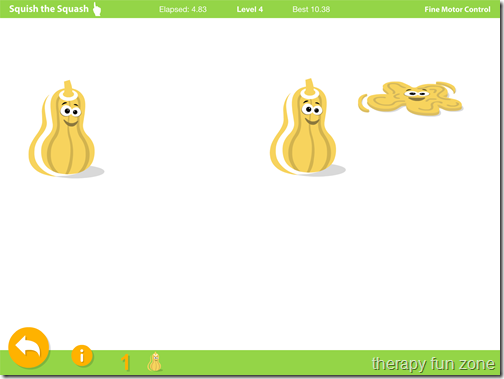 The second section is Trace and Erase.  This one is my favorite, and has a little motivating twist that I have not seen before.  You have to draw a line in a path, or multiple paths.  Then up pops an eraser and you have to drag it over the lines that you just drew to erase them.  As you erase the lines, it essentially erases the whole screen, and then the forward camera shows a picture of you.  It uses some cool photo effects as the picture of you is revealed by the erasing job.  I can see that as being a very motivating action for some kids, and they will love making faces into the camera as they are erasing their lines. 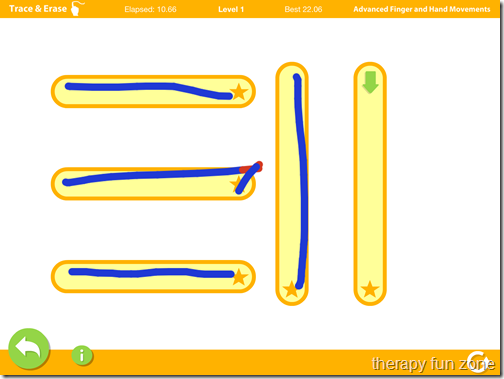 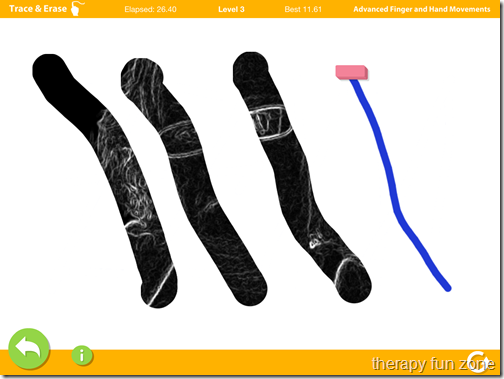 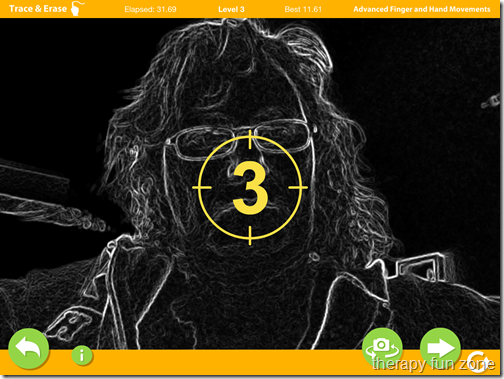 The final section is Pinch the pepper. It is similar to squishing the squash, but you have to pinch two fingers together to make the peppers disappear. It is simpler to pinch than some of the other pinching apps I have tried, which is good, because I find the pinching to be very frustrating for some people (me). 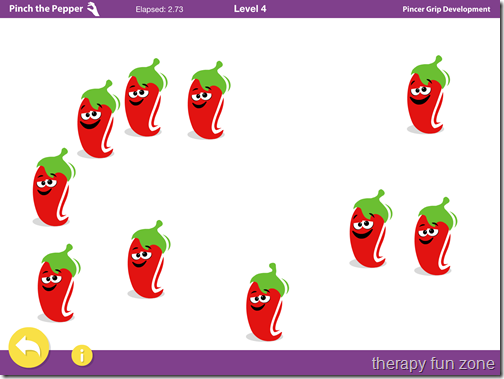 The only thing that I think I will wish this app could do is to be able to jump to a harder level if I want. There does not appear to be any way to have multiple users, and some kids that need the higher levels would have to go through the lower ones first, which is a bummer.

Overall, I will very likely use this app for some kids that need to work on basic skills, as it has some good motivating characteristics.