Many people who benefit from therapy have trouble with stereognosis. Stereognosis is the ability to know what an object is just by feeling it. We do this on a daily basis, reaching into a backpack or purse and pulling out exactly what we had been trying to get, because we could feel it.  Many people have trouble finding objects without using their eyes. 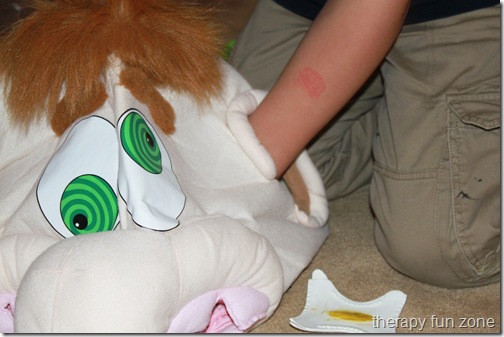 The game “What’s in Ned’s Head

” is a fun way to work on stereognosis. It is a big fabric hollow head with holes in the ears and nose to stick your hands in and find the objects.  The objects in Ned’s head are meant to gross people out, which makes the game even more fun. There is a rat, dirty diaper, and spider, among other items. 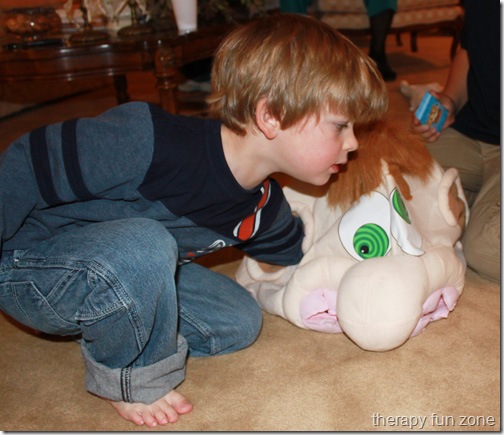 This game can be modified by putting every day objects inside. I modified it for one student by putting in fewer objects to make it easier. I also let him look at and feel the objects before he had to find them. You can also do this game using a bag instead of the head 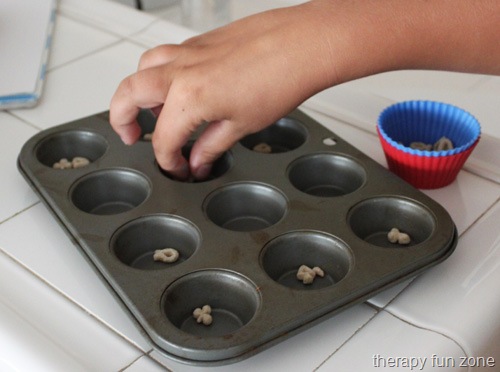 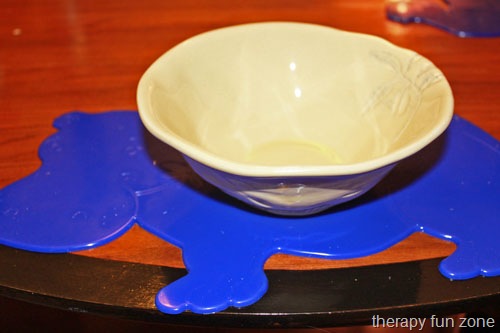 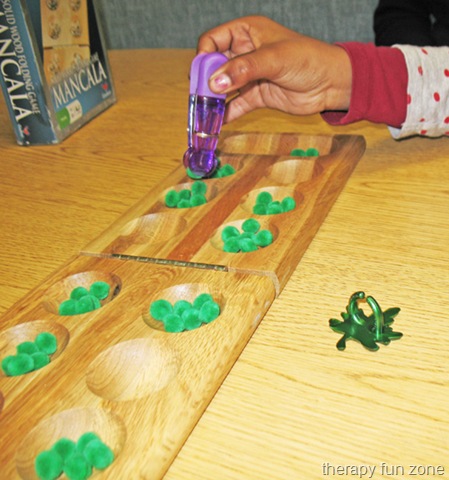 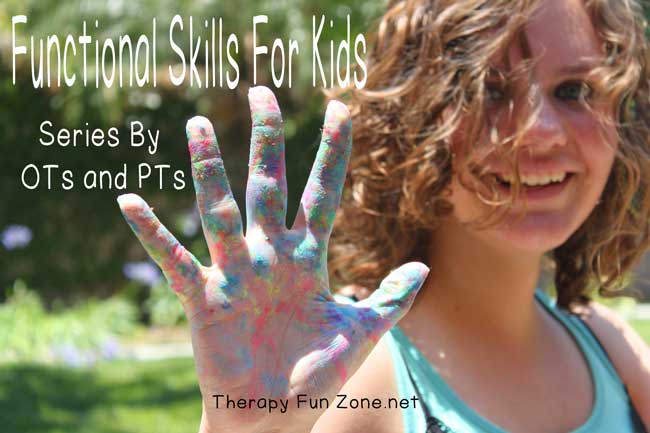 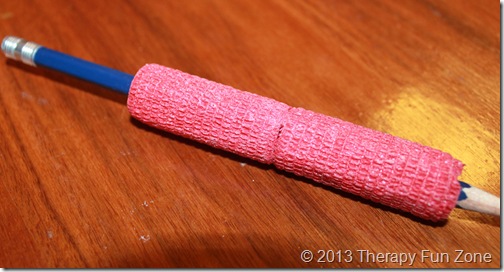