I started working on a craft for cutting out bugs, and it morphed into a complete game that includes catching bugs and using clothespins to hold the bugs in the bug jar. I am thrilled with the little bug jar, and they can stand upright using a stand made out of popsicle sticks ( Wood Craft Sticks

), which then lets you use both hands to clip on the bugs. 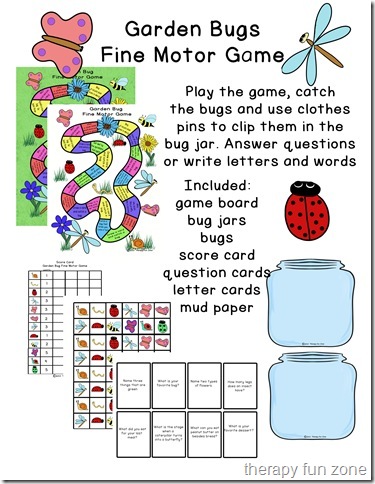 Each player has his own bug jar to hold their bugs. You play the game by rolling a die and moving around the game board. Some spaces will tell you to catch a bug and draw a card. That is when you randomly pick a bug card and clip it on to the bug jar. If you pick a spider, it will eat one of your bugs, so you put one bug back into the bug container, and you can put the spider back in too. 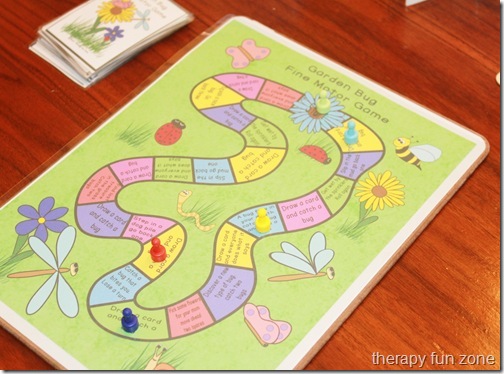 I have included cards with questions on them and letter cards. The older kids enjoy answering the questions and writing their answers, and the younger kids do better with practicing writing letters and words using the letter cards. You could use your own cards as well to practice other skills or review lesson information. You could use multiplication or addition cards, or make your own review cards for any subject. 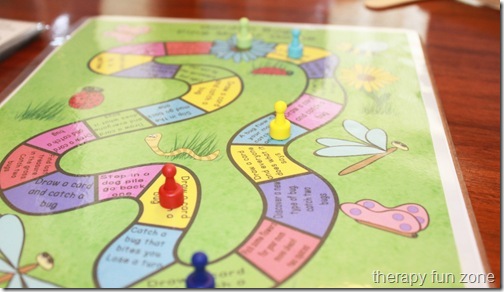 You can go around the game board one time or just keep going for the amount of time you have available. Once done with the game, all of the players count how many bugs they have caught of each kind. I have included a score sheet that gives the bugs different point values. There is also a score sheet with no point values so you can choose whether to have the kids just tally their bugs, or to add the challenge of adding up the point values. 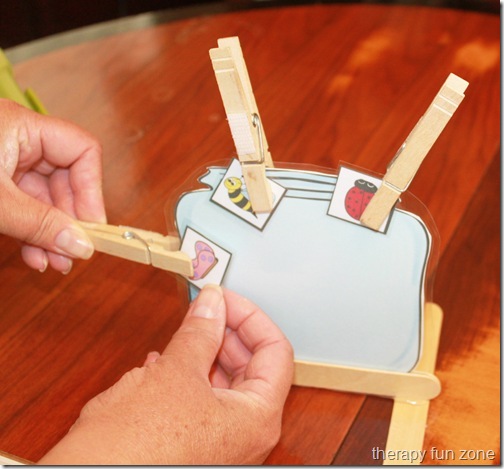 I made three different styles of bases for the jars so that they would stand up. The first one is with strips of paper the width of an 8 ½ inch piece of paper. I laminated the 1 inch strips and stapled the ends to the bottom sides of the jar on each side so that they stuck out like a V. This made a stable base, but not sure how well it will hold up over time. All of the bases do best if they are double cardstock so that they are sturdy enough to hold all of the clothespins. 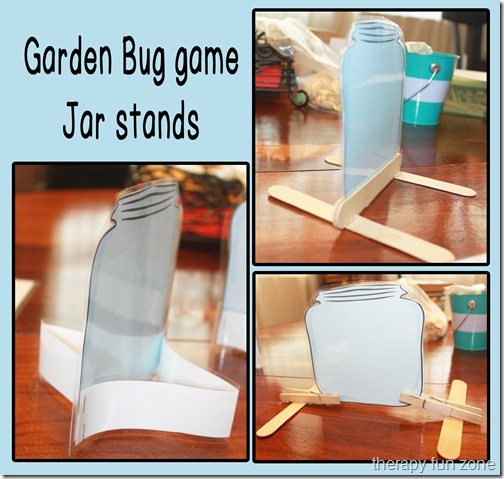 The next base I made is with wide popsicle sticks, which were more the size of tongue depressors. I put two together and a bead of hot glue along the bottom. Then when that was dry, I hot glued two more sticks, one on each side at a right angle. The jar slides between the two popsicle sticks and is held upright fairly securely.