I was sent a Monsuno toy pack to try out and share my opinion.  I was interested in them because they are little plastic tubes that hold a little toy in them and then you play a game with them.  Putting the Monsuno character into the capsule is a good fine motor activity.  If you work with a student who is motivated by Monsuno and the game, then this would be a fun bimanual toy.  The game itself was not my focus, and I was not successful in modifying it much to make it a game that I would play over and over. 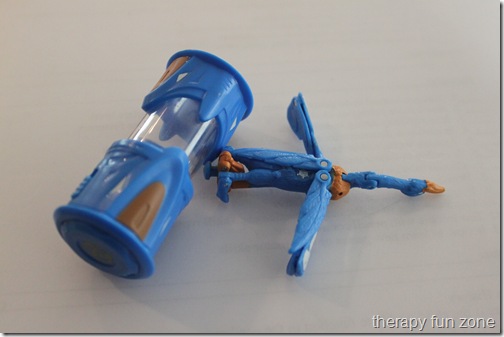 You are supposed to flick the capsules with your fingers at the opponents capsule, and the toys pop out when the capsules hit each other.  Then you put them back in and flick them again.  I like the fine motor aspects of putting the toy inside, and for some kids the finger flicking may be something that they need to work on.  I also liked that the little toys fold up, and you have to coordinate holding them in such a way to keep them folded while you are trying to get them back into their capsules. 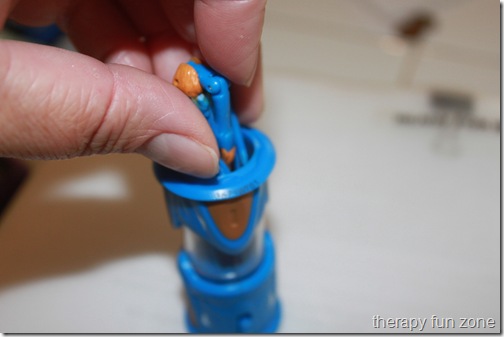 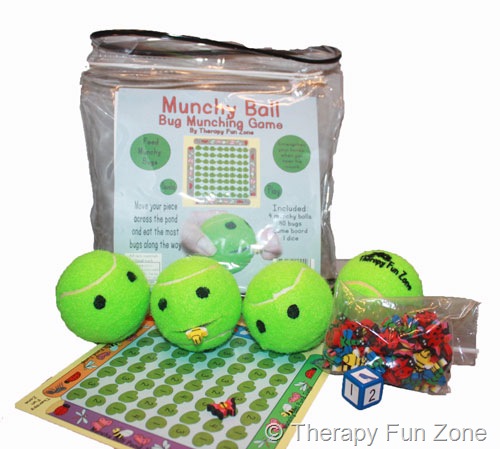 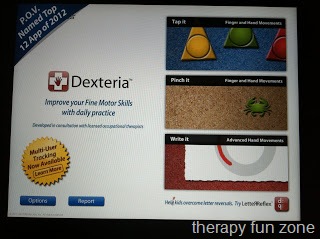 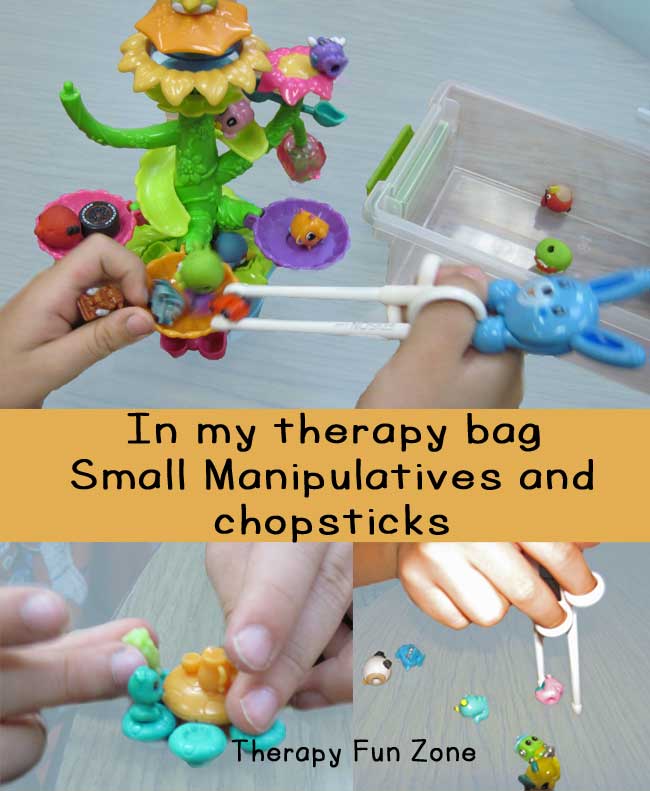 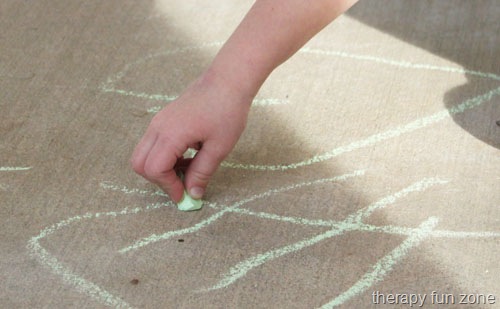 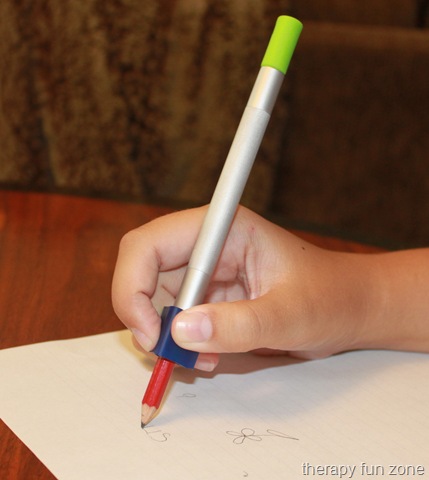 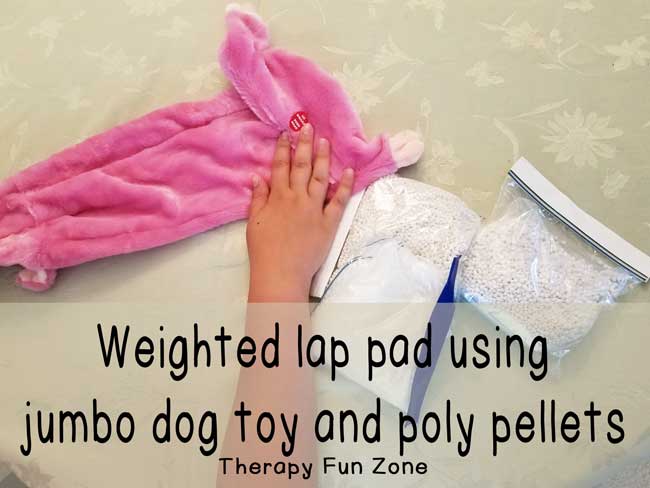