I have been working on a fairly complex (for me to create) clothespin game, and am getting burned out on it, so I took a (long) break from working on it and made a quicker and easier clothespin game. This one consists of game boards similar to the Monster Bowling boards, and Ocean animals that you clip the clothespins onto. 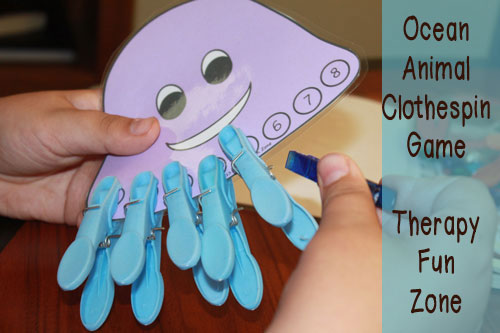 I started with an octopus body and clothespins as the tentacles, but that just wasn’t enough. I added a crab, starfish, lobster, and sea anemone. I added the bowling boards to give more dimension to the game than just adding the clothespins, and the kids had such fun with the bowling that I wanted to use that rather than just dice to determine the number of clips to use. In place of the Monster Marbles with the bowling, I would use flat bottomed decorative marbles

(if the kids would let me, but they insist on still using the monsters). 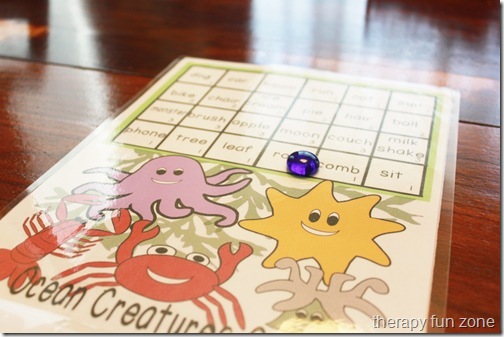 To play the game, you slide the marbles down the board to land on a letter. Each letter square has a number 1, 2, or 3 on it, and that number tells you how many clothespins you have to add to your sea creature. You could use a dice with 1, 2 and 3 on it instead of the board. The kids either write the letter they landed on, or a word that starts with that letter. The person who gets all eight clips first is the winner.

I also made a board that has words on it for the kids to write a sentence using the word that they landed on. There is also a blank grid that you can use to make up your own actions, such as use sight word cards or math problems to earn the clips. 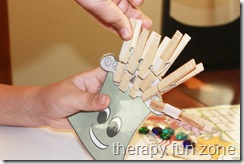 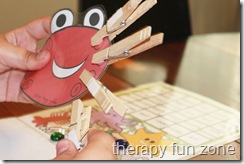 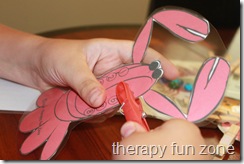 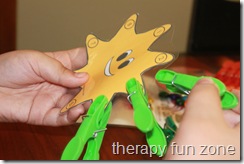 You can download the Octopus body for free and play your own game with it, or you can buy full digital download in the store which includes: 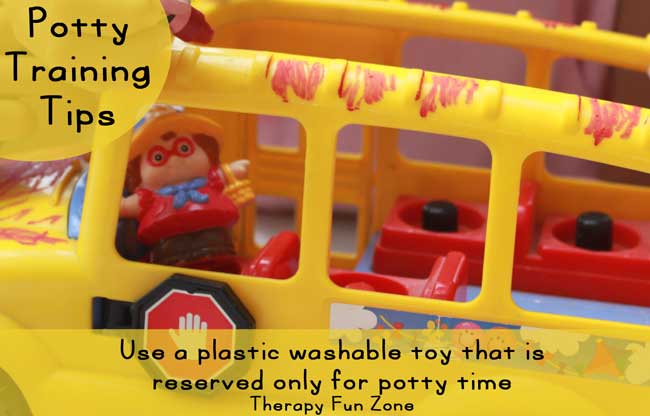 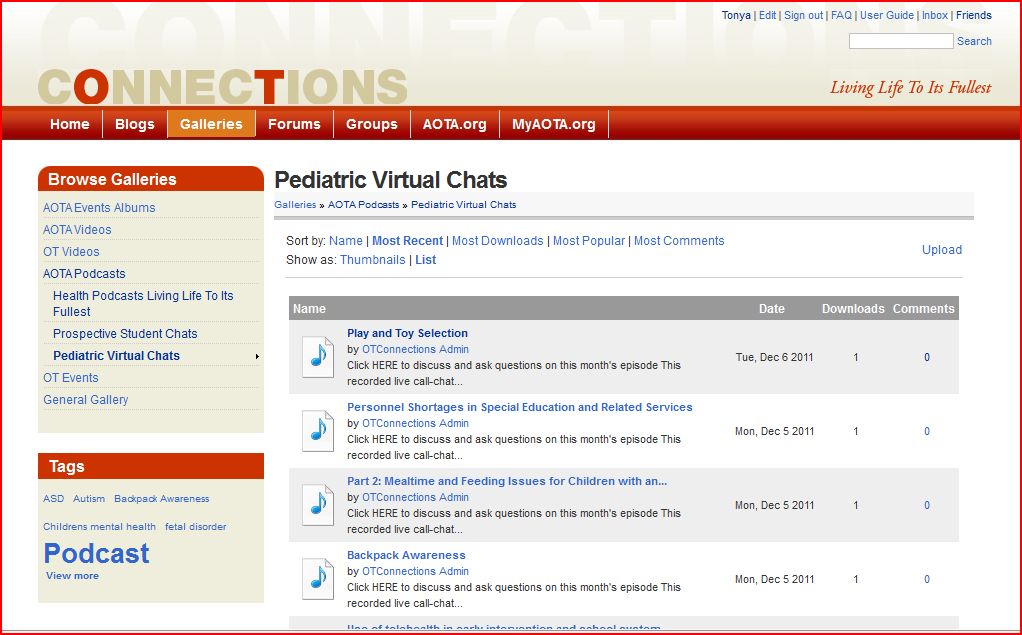 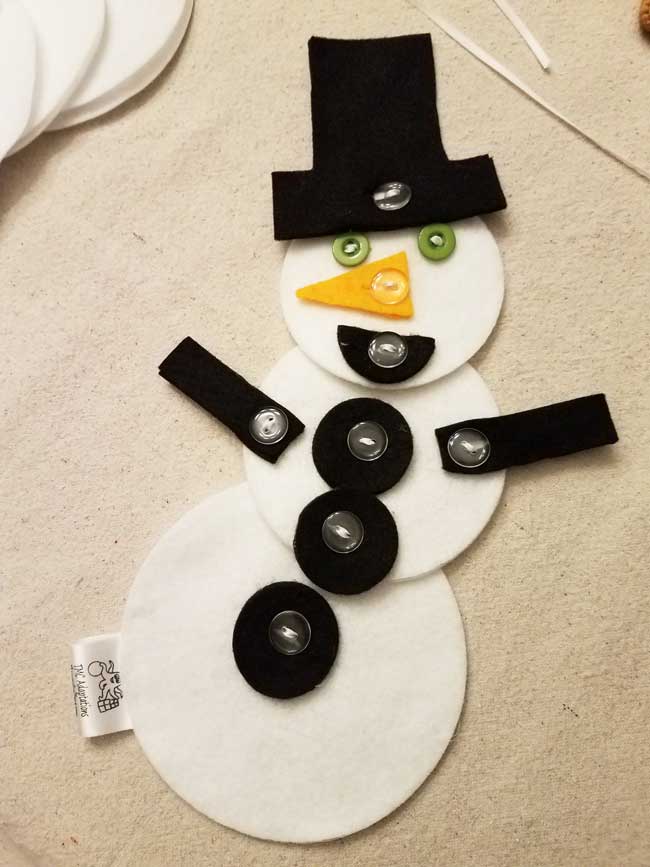 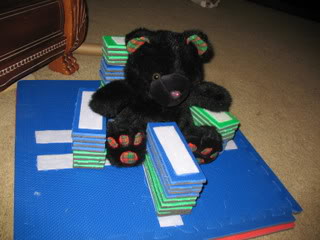 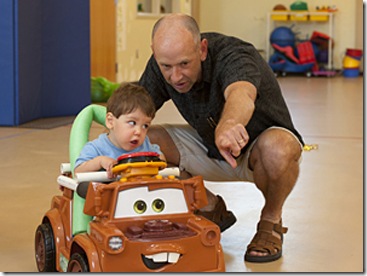